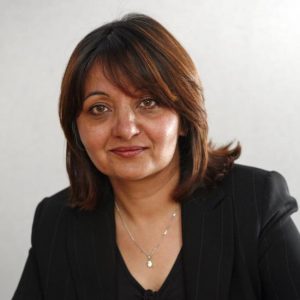 Execution of Wills on Video… A Coronavirus legacy or an increase in challenges to Wills?

During this pandemic the government has had to think long and hard about the formalities around execution of Wills. There is greater demand for Wills but those who are shielding may be reluctant to meet solicitors and witnesses to execute their Wills. Whilst it is now “business as usual” for most  of us, it is also undoubtedly the case that less “face to face” appointments are offered as like others solicitors may themselves be shielding or working from home.

These factors have led to the government making way for necessary but temporary legislation for execution of Wills on video. The changes are intended to come in during September 2020. Existing government guidance suggest the changes will be retrospective, that is, they will be backdated to the 31st January 2020. They are also intended to be temporary in that they will apply only until 31st January 2022 unless this period is extended or shortened. They will assist with Wills made between these two dates except where a Grant of Probate has already issued or been applied for.

The temporary changes will permit the testator to sign his Will while sitting in front of a video camera with both witnesses seeing the testator sign the Will and seeing each other at that critical signing point. This means all three must have access at the same time to video technology which can be zoom, facetime or similar. The execution has to be a “live” event, that is, a testator cannot be pre-recorded signing the Will. Once the testator has signed the Will, the original Will (not a copy) must be circulated to the witnesses for them to sign. The guidance suggests this circulation and witnessing should occur within 24 hours. If the witnesses are together then the Will only travels once from testator to both witnesses. If the witnesses are in separate locations then the Will has to make a second journey to the second witness once the first witness has signed. The testator must see both witnesses sign his Will on video and again he must see this as a “live” event and not via a pre-recorded version. Once the second witness has signed the Will has been executed. The date of the Will though will be the date on which the testator signed it. The Will should contain a clause that reflects the fact that it is being executed on video.

Execution of a Will by video may run in to difficulty because of reliability of technology so preparation is key. There may also be a lack of understanding of the rules either because they have not been explained or because the testator may be vulnerable in some respect and thus lack capacity. Worst case scenario the testator may not appreciate he is signing a Will or there may be undue pressure on him to make a particular Will from “behind the camera” as it were. This may mean an increased risk of challenges to Wills executed on video unless clear legal advice has been followed to minimise that risk. However where needs must there is now provision for dealing with execution of Wills on video at least for a temporary period of time.

In summary though the least risky way to make a Will remains one that involves the taking of legal advice and one that ensures the physical presence of the testator and both witnesses at the same time at execution.